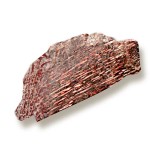 Dinosaurs were land-dwelling reptiles that walked with an erect stance during the Mesozoic Era. Their unique hip structure caused their legs to stick out from under their bodies, and not sprawl out from the side (like other reptiles). They are extinct, but they evolved into the birds. The word dinosaur (meaning “fearfully great lizard”) was coined by Sir Richard Owen in 1841.

FOUND ON EVERY CONTINENT

People have been finding dinosaur fossils for hundreds of years, probably even thousands of years. The Greeks and Romans may have found fossils, giving rise to their many ogre and griffin legends. There are references to “dragon” bones found in Wucheng, Sichuan, China (written by Chang Qu) over 2,000 years ago; these were probably dinosaur fossils.

Much later, in 1676, a huge thigh bone (femur) was found in England by Reverend Plot. It was thought that the bone belonged to a “giant,” but was probably from a dinosaur. A report of this find was published by R. Brookes in 1763.

The first dinosaur to be described scientifically was Megalosaurus. This genus was named in 1824, by William Buckland; Gideon Mantell(not Ferdinand August von Ritgen) assigned the scientific type species name, Megalosaurus bucklandii. Buckland (1784-1856) was a British fossil hunter and clergyman who discovered collected fossils. (Note: the first dinosaur found was Iguanodon, but it was named and described later than Megalodon.)

Megalosaurus was the first dinosaur ever described scientifically and first theropod dinosaur discovered (this is all in hindsight, because the dinosaurs had not yet been recognized as a separate taxonomic group – the word dinosaur hadn’t even been invented yet).

The first dinosaur models (life size and made of concrete) were made by Benjamin Waterhouse Hawkins of England in 1854. The first dinosaur used for amusement was a life-size model of an Iguanodon (also made by Hawkins) that was used to house a dinner party for scientists (including Richard Owen) at a major exhibition. The invitations to the party were sent on fake pterodactyl wings. The party took place in London, England, in 1854.

Q: What do you call a fossil that doesn’t ever want to work?
A: Lazy bones!