Agate Is A Semi-Precious Gemstone.
Found World Wide, With The Best Agate Being Found In: Argentina, Australia, Brazil, Germany, Mexico, Morocco, and USA

Agate is defined as a “banded chalcedony”, or a variety of quartz, filled with a translucent, multicolored chalcedony, some with parallel bands. The composition is silica with a variety of trace elements. The names of agate varieties are chosen for their appearance or how they are cut. Therefore, there are many agate “varieties”.

- Agate is the Mystical birthstone for the month of September, and the Zodiac sign for Gemini.
- Helps protect one from danger, and conquer fear with it’s calming effect.
- Also enhances one strength and courage to face adversity.
- Known in ancient times as a powerful healer.
- Enhancing such characteristics as improving self confidence, stimulating the intellect, gives one longevity,
- Helps relieve fear and anxiety, reduce and and slows anger.
- One of the oldest gemstone on record, from biblical days as agate jewelry  and as decorative agate bowls.

This type of Agate has been enhanced to bring out the vibrate colors and unique bands within the gemstone. 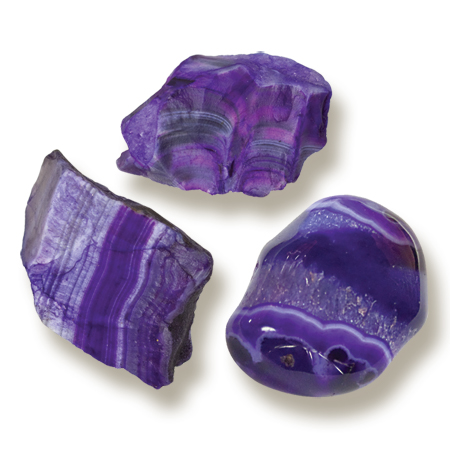 This is how the gemstone Agate is found naturally in the earth. 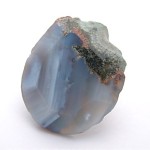